eSports / Esports / Heroes of the Storm

Your Best Heroes of the Storm Betting Guide 2022

Heroes of the Storm (HotS) is a Multiplayer Online Battle Arena (MOBA) game. A typical match features two teams of five that battle it out on a random battleground. Each team has the same objective, to decimate their opponent's base. The teams involved employ tactical and arcade elements to achieve the main objective.

Undoubtedly, Heroes of the Storm continues to defy most of its expectations. There are fast-paced battles across different backgrounds at its nexus, each serving a unique purpose. As the name suggests, the Heroes have a significant impact on the game's outcome. Unlike conventional MOBA experiences, players do not have to worry about shopping for random items or slow-paced gaming to wear down their resolve. 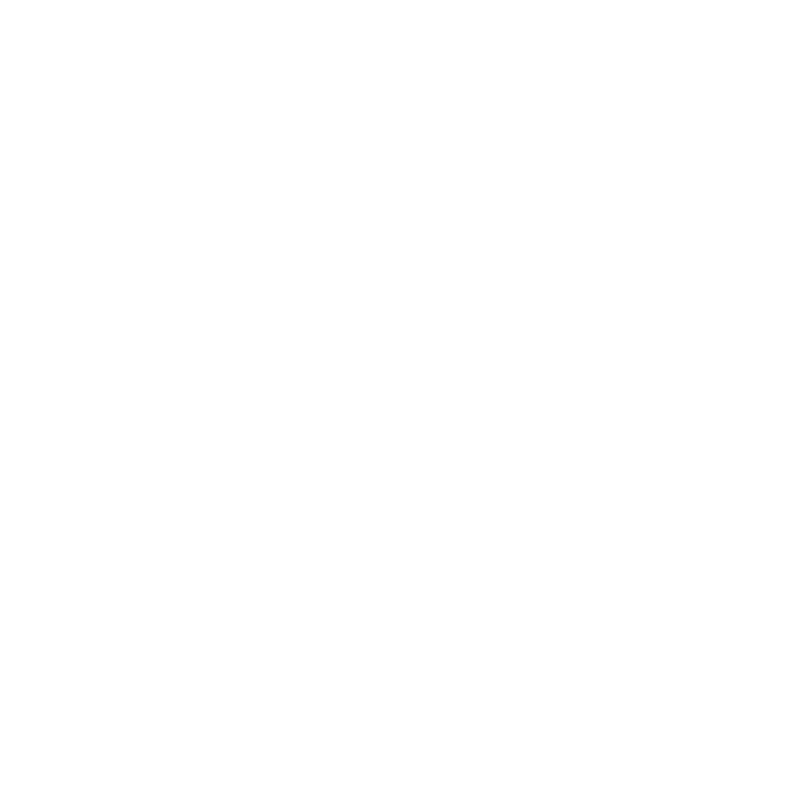 During gameplay, players have to fight hard and fast. And most importantly, they are expected to work as a team to counter any advances from the enemy and devise their strategies. That said, here are four attributes of Heroes of the Storm that set it a notch higher above other MOBA games.

HoTS combines a selection of some heroic characters from Blizzard's games universes. These heroes are categorized as Warriors, Supports, Assassins, or Specialists. Players should familiarize themselves with each of these heroes, which is instrumental in understanding how their unique attributes synergize on the map.

Teamwork is key for any team to be effective in its mission. Each player contributes to a shared pool of experience, so team leveling plays a fundamental role in ensuring players reap the benefits of their efforts.

Each Hero featured in this MOBA game has unique skills revealed as the game advances. Ideally, these talents replace what is often offered in the 'item shop' found in convectional games.

Each of Heroes of the Storm's battlegrounds offers unique gameplay and objectives. Players have to beware of the points of interest and conflict to earn the allegiance of the mercenaries populating the battlefield.

Betting on Heroes of the Storm

Like other MOBA games, HotS enjoys a huge following in the esports gaming scene. Although Heroes of the Storm is not ranked among the most played esports games, some punters remain genuinely interested in placing wagers on this game.

Like with any form of online esports betting, players can be overwhelmed by a sea of betting tips covering different HotS events. However, the most important thing is to understand the different types of wagers available to punters keen on Heroes of the Storm betting.

The classic match-winner bet is undoubtedly the most common type of bet in esports games. This bet only requires punters to predict the winner of a fight. As expected, the favorite team will have lower odds than the underdogs.

The map winner bet entails predicting the team will win a particular map. Experienced HotS bettors find this bet particularly appealing when placing live bets. Ideally, it is easy to predict the outcome of a given map by looking at the heroes picked.

Players keen on minimizing risks fancy handicap bets. Ideally, this bet is similar to the match-winner wager, only that the team wagered on has some wins added to the team's score.

As the name suggests, first blood refers to the first kill. This bet can be a hit or miss as it requires the players to predict the team that will make the first score. Ideally, first blood wagers are mostly recommended for experienced who understand the game's dynamics.

Why is Heroes of the Storm popular?

Heroes of the Storm is steadily becoming popular despite its initial bleak outlook. One of the main reasons for its steady growth is that game developers have shifted their focus to giving punters utmost balance. Moreover, HotS has offers more viable blinds, fun talents, and, most importantly, fantastic hero interactions.

While content releases have been relatively slow-paced, HotS developers have made up for this by serving players with regular balance updates, re-works, gameplay adjustments, and some seasonal events. With players served with a broad spectrum of epic moments, this game has everything to love. In addition, the action-packed team fights, beloved characters, and superior graphics are enough reasons why this esports game continues to thrive.

HotS internet community is more inviting than other MOBAs, especially players who are new to the game. However, it is a known fact that the online community can get a bit hostile at times as it is filled with all manner of players. This is to say that there is no way a player can predict their experiences in the community. But overall, HoTS players tend to be more forgiving and resourceful to new players.

Playing Heroes of the Storm online

Players keen on playing HotS online might be keen to look at the number. Without a doubt, many MOBA players flock online to play this game, but the exact count at any given time can be misleading. However, if general stats are anything to go by, the global count of HotS is estimated to be around 7 million.

Big Heroes of the Storm players

Most of the best HotS esports players have been around for a while and have featured in other Blizzard titles. If the total game winnings are anything to go by, the following players could be ranked as the most prominent players in the game.

Why do players love HoTS?

When it comes to MOBAs, Heroes of the Storm is undoubtedly among the most loved games. And here are some reasons why a growing number of esports players find it appealing:

How to play HotS

HoTS is a team game. The player starts by choosing the game mode. There are five game modes: Versus A.I., Quick Match, Unranked, Ranked, and Brawl. Before attempting other tiers, new players are advised to start with Versus A.I.'s, the lowest tier. A level 50 account qualifies any player to play ranked matches.

As far as the gameplay goes, the objective is to push towards the opponent's base and destroy their nexus.

Biggest players and teams of the game

Following HotS Global Championships, most franchised teams such as Cloud9, Gen.G, and Team liquid were disbanded. However, others managed to hang on, and as a result, have found massive success in the game. That said, here is a list of roosters that have found great success in Heroes of the Storm tournaments:

Is there a Heroes of the Storm championship?

Also known as the esports World Convention (ESWC) is a professional championship that features some of the best players and teams. Structured in a qualifiers format, teams that make it past the qualifiers earn a spot to represent their countries at the ESWC world cup.

What is a HotS world cup?

The HotS World Cup, also known as the Heroes of the Storm World Championship, was first played in 2015. This tournament was first held in BlizzCon in 2015. This tournament saw eight teams battle it out for $500,000. 2016 saw the prize pool double, marking the start of the Heroes of the Storm Global Championship Circuit. However, towards the end of 2018, Blizzard announced its intentions to downsize the HotS event.

Players keen on betting on global eSports events might be keen on wagering on the Heroes of the Storm World Cup. Initially seen as a big thing in the best esports betting site, HotS punters today are only left with global events following the downsizing move.

HotS punters interested in the World Cup or any other global championship should take a keen interest in teams or countries that have consistently delivered at the big stage. For instance, North Korean and USA teams are usually a cut above the rest in global events.

Betting on Heroes of the Storm at providers

With Heroes of the Storm becoming increasingly popular, some of the best esports betting sites are keenly interested in the sport. While some might esports betting apps might be somewhat reluctant to cover the sport, most of the 'big boys' in the industry have already made their intentions known. That said, here are some esport betting sites that exhaustively cater to HotS esport betting:

Betwinner is fast making its presence felt among Heroes of the Storm esport bettors. This bookmaker covers many esports events across the globe. Most importantly, Betwinner offers additional markets on specific events.

22Bet is another go-to option as far as betting on HotS is concerned. This bookie has been covering esport events for a while now. With generous odds and many betting markets, 22Bet should be a top pick for HotS bettors.

1xBet is among the most popular operators in traditional sports betting. This operator also standouts in esports betting, thanks to its stellar customer service, generous incentives, favorable odds, and various betting markets.

Follow the best Heroes of the Storm teams and bet accurately

Betting any esport event requires some due diligence. As a result, the importance of following the world's best Heroes of the Storm teams is key to making the correct predictions often.

South Korean Gen G is ranked as one of the best esports teams. This team has won eight Heroes of the Storm tournaments earning a massive $1,360,000.

Team Dignitas is another team that any HoTS punter should be keen to follow. Based in Newark, New Jersey, this team rarely disappoints at the big stage. Its Heroes of the Storm team has cumulatively amassed $1,178,555 from thirty competitions.

MVP is yet another South Korean team on our list of best teams. Although there are reports that its teams will no longer be featuring in Heroes of the Storm competitions, it is always a top pick when featured on any HoTS esports event.

Once a player understands the nature of the competition, it becomes a lot easy for them to make the correct predictions. Furthermore, any punter must stay up-to-date with current events and dynamics surrounding the sport, considering that different changes over time.

It does not take much to understand what Heroes of the Storm offers. Here is a list of some of HotS' hits and misses that could interest players and bettors placing wagers on the game.

The game is fast-paced, with short and exciting fights. The average HoTS game clocks at around 20 minutes, enough to invest the player without being drained.

How to best conquer betting on Heroes of the Storm

Now that everything about Heroes of the esport has been dissected to great lengths, it is also important to look at ways or approaches that could help punters taste success in the game. Here are some valuable tips for HotS bettors.