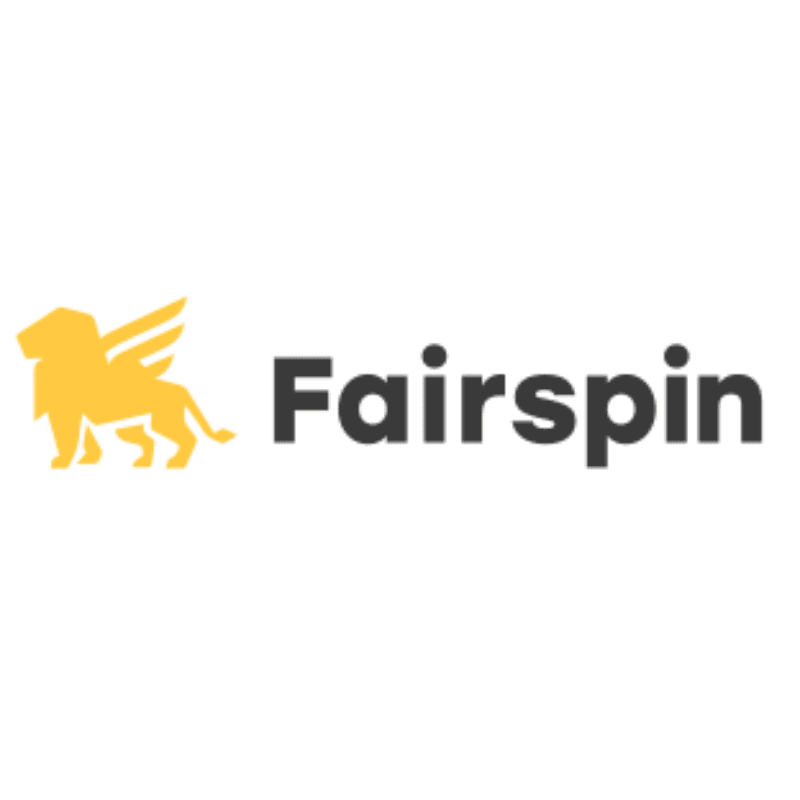 Fairspin is not available in your country. Please try:
Deposit methods

Fairspin is an online gaming platform built on Blockchain Technology that launched in 2018. It offers a diversified portfolio of gaming betting sports, including traditional and eSports. Over the years, eSports have become a huge entertainment industry. It had a record-breaking global market value of $1.38 billion in 2022. It has the highest market in Asia and North America, with China accounting for 20 percent of the market.

In Fairspin, bettors enjoy a wide variety of eSports with wide betting markets. It is owned and operated by Techcore Holding B.V., a gaming firm licensed and regulated in Curacao. The Fairspin platform has become popular among crypto gamblers because of innovative betting options and tokenized incentives. This eSports Review will assess all features in the Fairspin eSports section.

In Fairspin, punters are welcomed to a dark theme with different categories on the left edge of the homepage. ESports are a subsection under sports. There are numerous eSports games players can explore in Fairspin. Each has unique betting markets and odds. Players can change the odd system and language using the Settings option in eSports. Popular languages include English, Russian, French, Italian, and Spanish. In contrast, the supported odds systems include Decimal, American, Fractional, Hong Kong, Malaysian, and Indonesian.

The eSports games in Fairspin are powered by ESportsBattle (Ukraine), Blizzard Entertainment (California), Riot Games (California), Psyonix (California), and KemperLesnik (Chicago). The partnership between the various eSports platforms and Fairspin has led to a rich collection of eSports lobby with categories such as eFootball, eBasketball, eTennis, eHockey, Overwatch, Futsal, StarCraft 2, Valorant, Rocket Leagues, and Rainbow. The unique betting options and interesting gameplay. In our betting review, we found these titles popular among gamblers in Fairspin:

Withdrawal limits entirely depend on the currency option and the preferred withdrawal method. Withdrawals are processed within 10 minutes and can go up to 5 working days. Players must submit KYC documents before making any withdrawals. Larger withdrawals of over $10,000 might be split into multiple withdrawals and processed differently. The site holds the right to seek additional information if a withdrawal is flagged in adherence to Anti-Money Laundering policies.

One of the best aspects of eSports betting is the availability of bonuses and promotions. They normally help punters extend their gaming sessions and remain profitable in the long run. Fairspin offers numerous decent welcome bonuses and regular promotions to heighten the excitement of the betting process. Different available offers are normally listed on the “Promotions” page on the site homepage. And to improve the gaming experience, punters only take advantage of the promotions that seem appealing to them.

New bettors are eligible for a 100% deposit bonus on their first deposit. This bonus is subject to a specified minimum deposit limit and betting requirements. You will have to forgo the bonus wins if you decide to cash out before meeting the set betting requirements. Players are also eligible for a 5% Cashback bonus. This rewards with a percent of the cash they have lost on bets.

Fairspin’s exclusive TFS program offers tokenized Rakeback for each bet you make on the eSports. It rewards redeemable tokens built on the BEP20/ERC20 standard.

Having numerous payment methods is a key marketing strategy adopted by most gambling platforms. Fairspin is not an exception. It offers multiple payment methods for its punters to enjoy a great gaming experience. It accepts conventional banking methods, digital wallets, mobile money, and cryptocurrency options. Players can transact using 28 different currencies, including cryptocurrencies.

Visa and MasterCard are the most popular conventional banking options in Fairspin. They come with transaction limits depending on your finance provider. Players can use e-wallets such as:

There are digital wallets that ease how punters deposit funds easily from their credit/debit cards or bank accounts. Alternatively, tech savvies can explore different cryptocurrencies supported in Fairspin. USDT is the primary cryptocurrency pegged at 1:1 against the US dollar. Popular cryptocurrencies include:

Fairspin (Fairspin.io) is a reputable gaming platform owned by Techcore Holding B.V. It is associated with the parent company as well as its subsidiaries. Techcore Holding B.V. is headquartered in Willemstad, Curacao. It is licensed and regulated under the laws of Curacao. Fairspin operates under a sublicense issued and regulated by Curacao eGaming. This is a licensing agency managed under the Central Government of Curacao. All deposits and withdrawals in Fairspin are processed by Fabeltra Limited, a company based in Cyprus.

Fairspin understands the current threats of online gaming; hence it takes player safety seriously. All transactions and data transfers are transmitted in an encrypted way thanks to the 128-Bit Encryption technology. On Fairspin servers, all data is protected under the latest firewalls. It has a 2-factor verification feature to help punters to protect their accounts from unauthorized logins.

Fairspin is available in numerous countries where the Curacao eGaming license is recognized. However, players from some countries are restricted from accessing and transacting on this platform. Restricted countries include:

Fairspin is a crypto-betting platform established in 2018. It offers an innovative casino lobby, an expansive sportsbook, and top-notch eSports. It is owned and operated by Techcore Holdings B.V., a company based in Curacao. It is licensed and regulated by Curacao eGaming. Fairspin has gained massive popularity among eSport enthusiasts worldwide. It offers an incredible collection of eSports from top providers such as ESportsBattle, Blizzard Entertainment, Riot Games, Psyonix, and KemperLesnik. Players get to enjoy popular games such as eFootball, eBasketball, Overwatch, and Futsal.

The various eSport tournaments are perfectly complemented with a lucrative welcome bonus, cashback, and a tokenized Rakeback bonus. The TFS program has made this betting platform very popular since players earn redeemable tokens on every bet they place. Fairspin offers numerous banking options and popular cryptocurrencies to make transactions on the platform very efficient. Lastly, Fairspin is a legit betting platform offering sportsbook and eSports betting under the watch of Curacao eGaming.